A series of works based in the tradition of naturalism while acknowledging the newly minted Anthropocene epoch. It's as much about civilization as nature, as much about science as fiction. Detailed images and information make ambiguous pairings, allowing the viewer to bring his or her own knowledge and judgment to the piece. 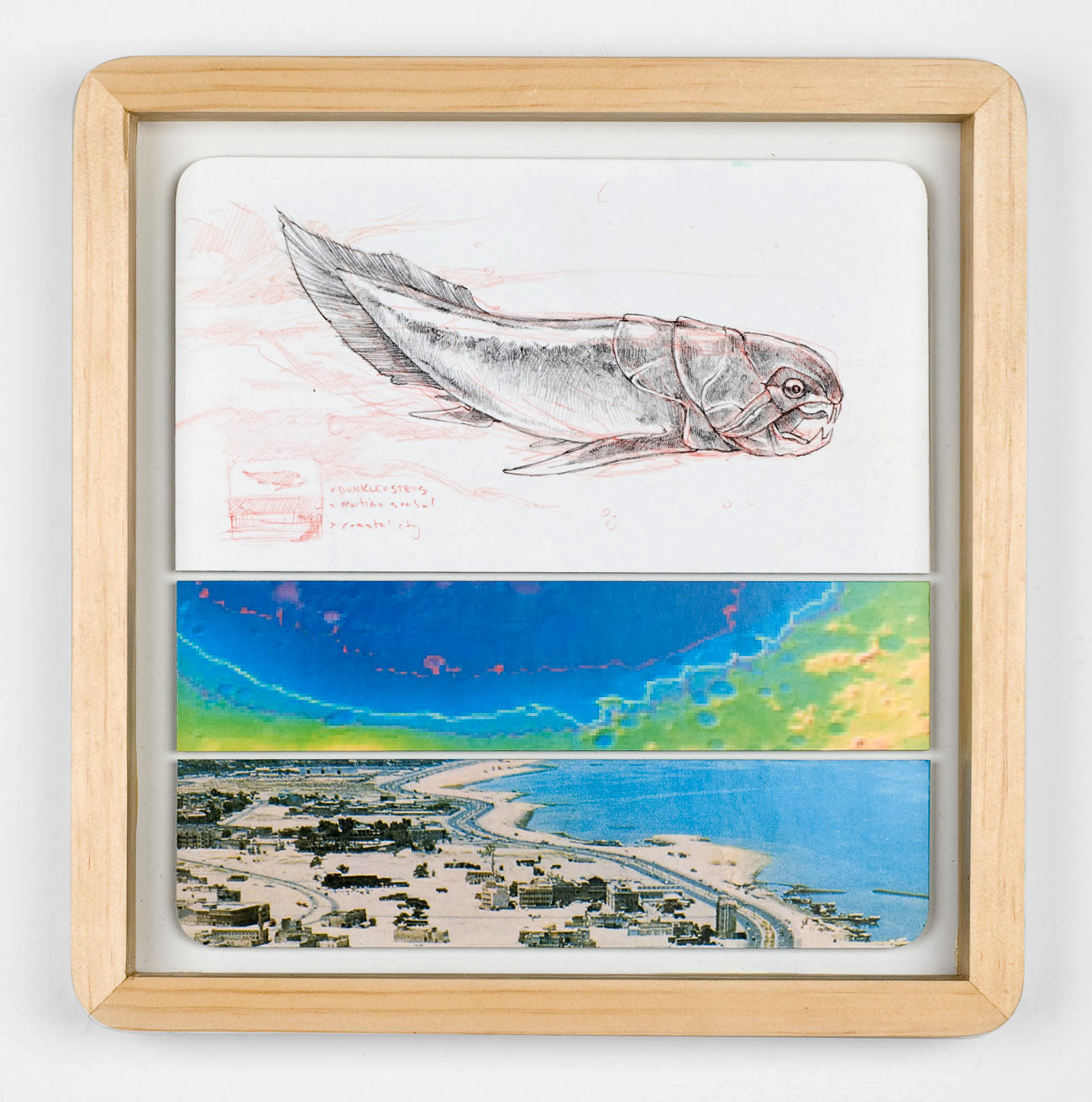 Dunkleosteus, a giant armored fish that dominated the Devonian, exemplifies a form that disappeared from the fossil record as quickly as it appeared. 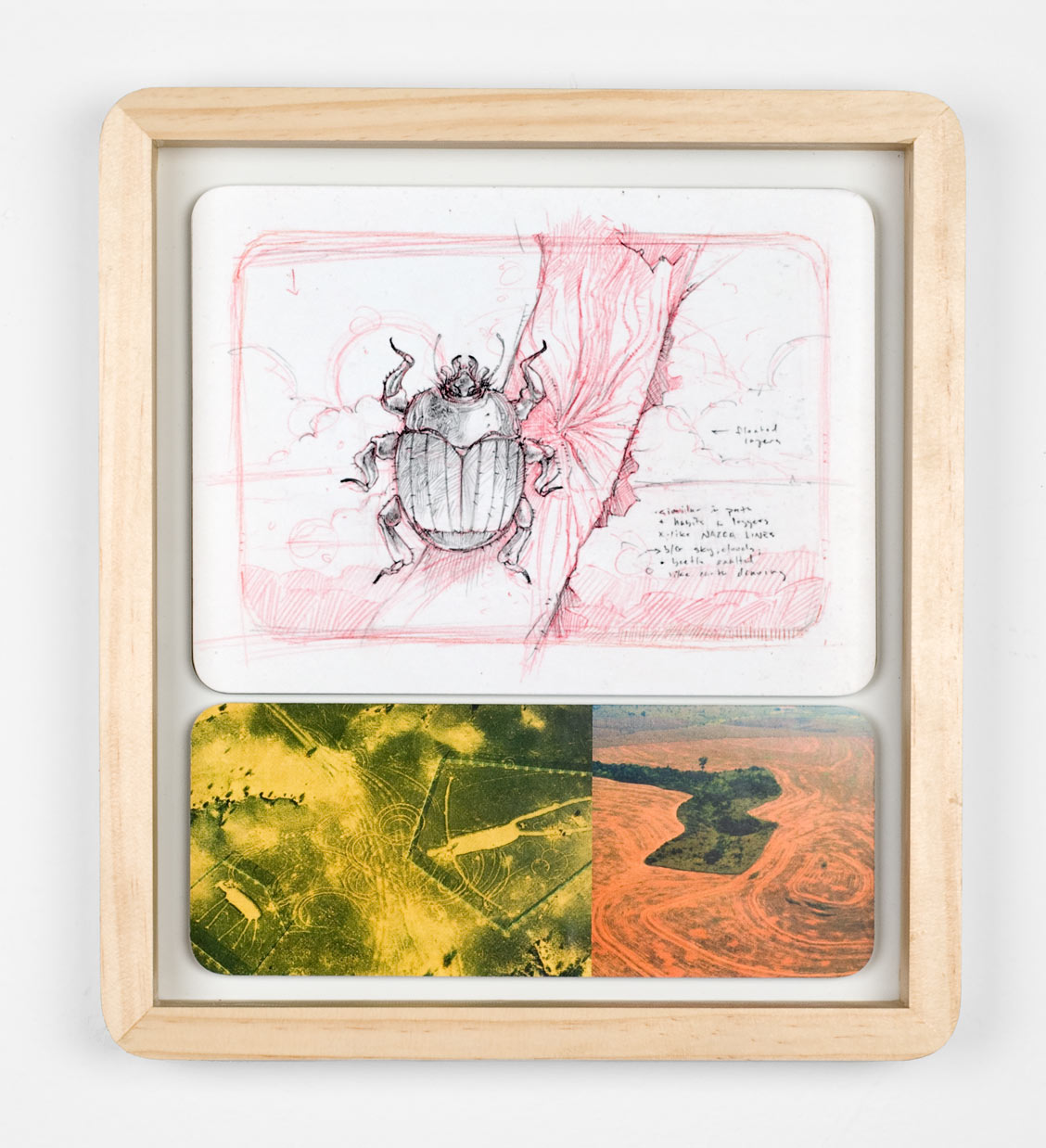 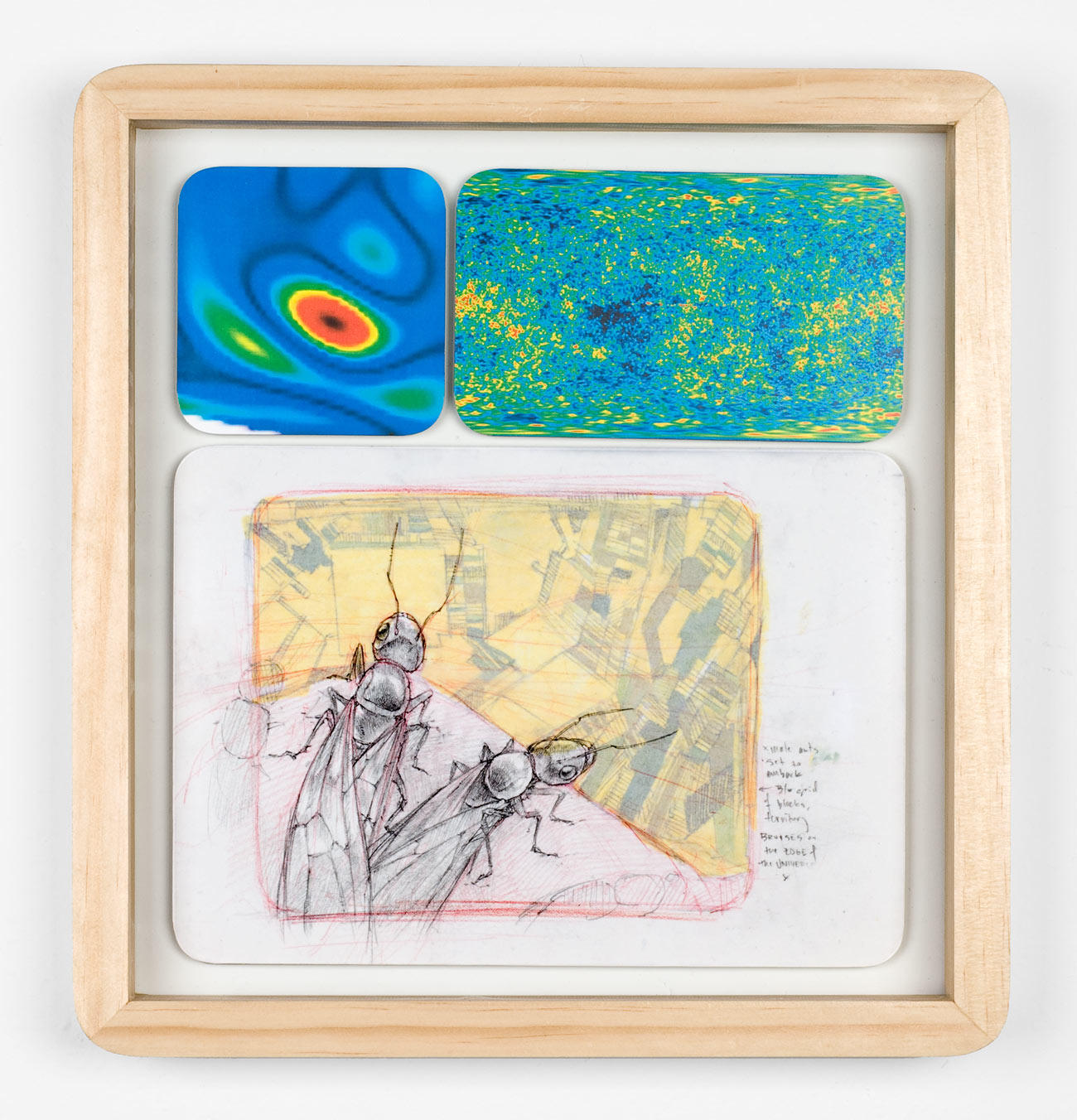 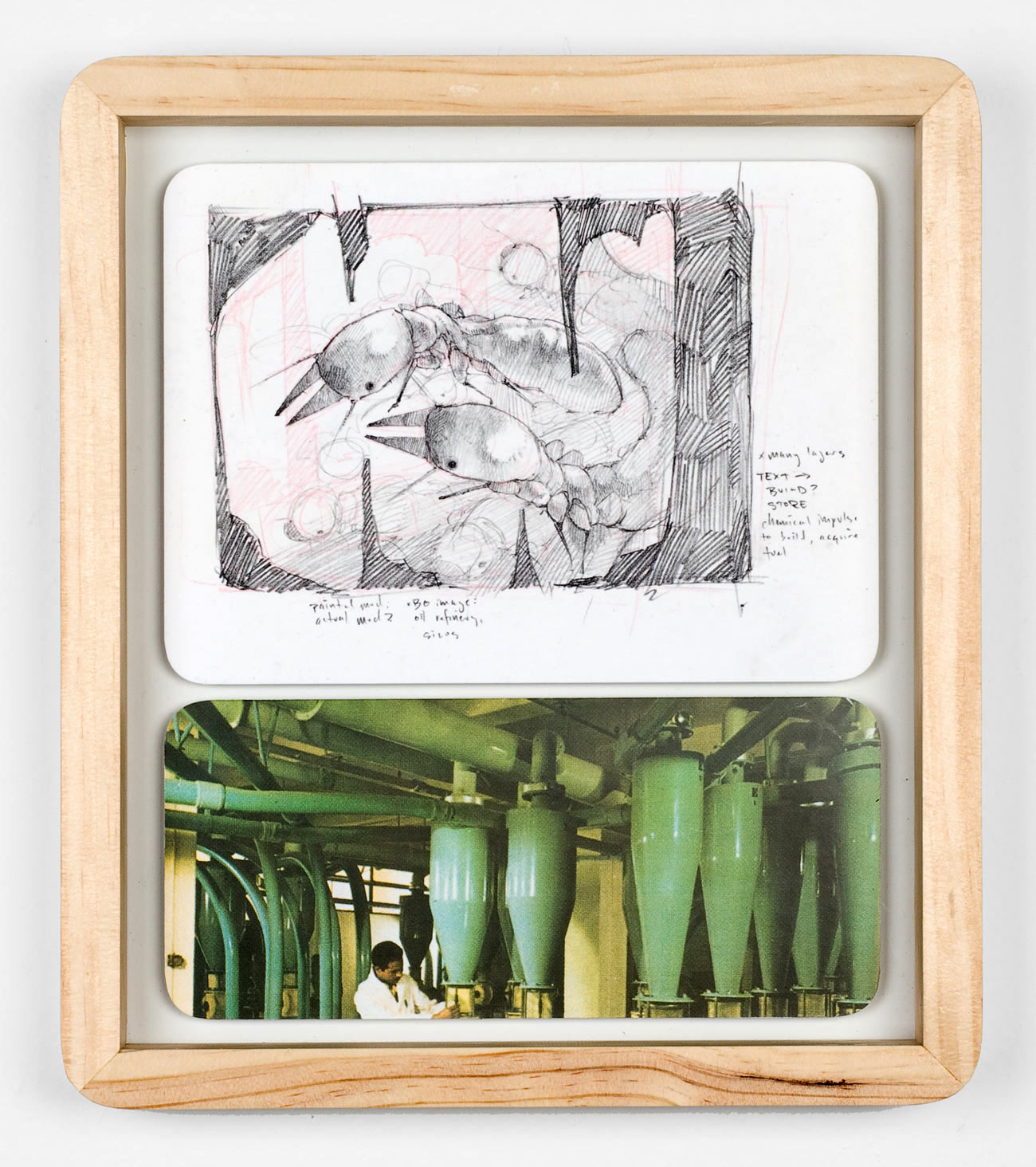 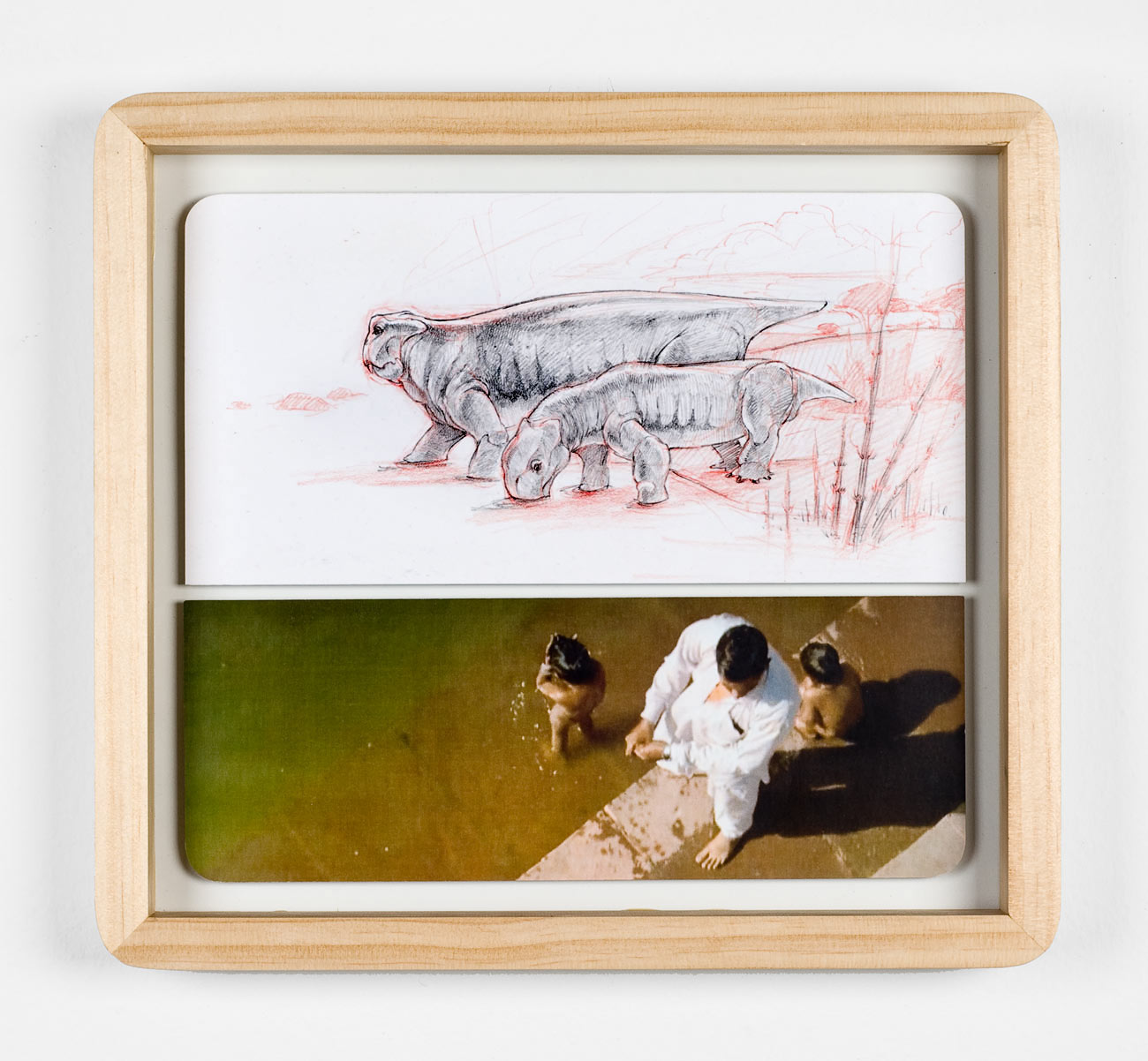 For a period of many thousand years post Permian extinction, the group of mammal-like reptiles called Lystrosaurs were thought to comprise over 90% of animals living on land.

The predatory therapsid family Gorgonopsidae was eradicated after severe climate change followed by geologic disruption near the end of the Permian.

Thylacine, the last marsupial predator, was systematically annihilated under government order by the sheep farmers who colonized the island of Tasmania. 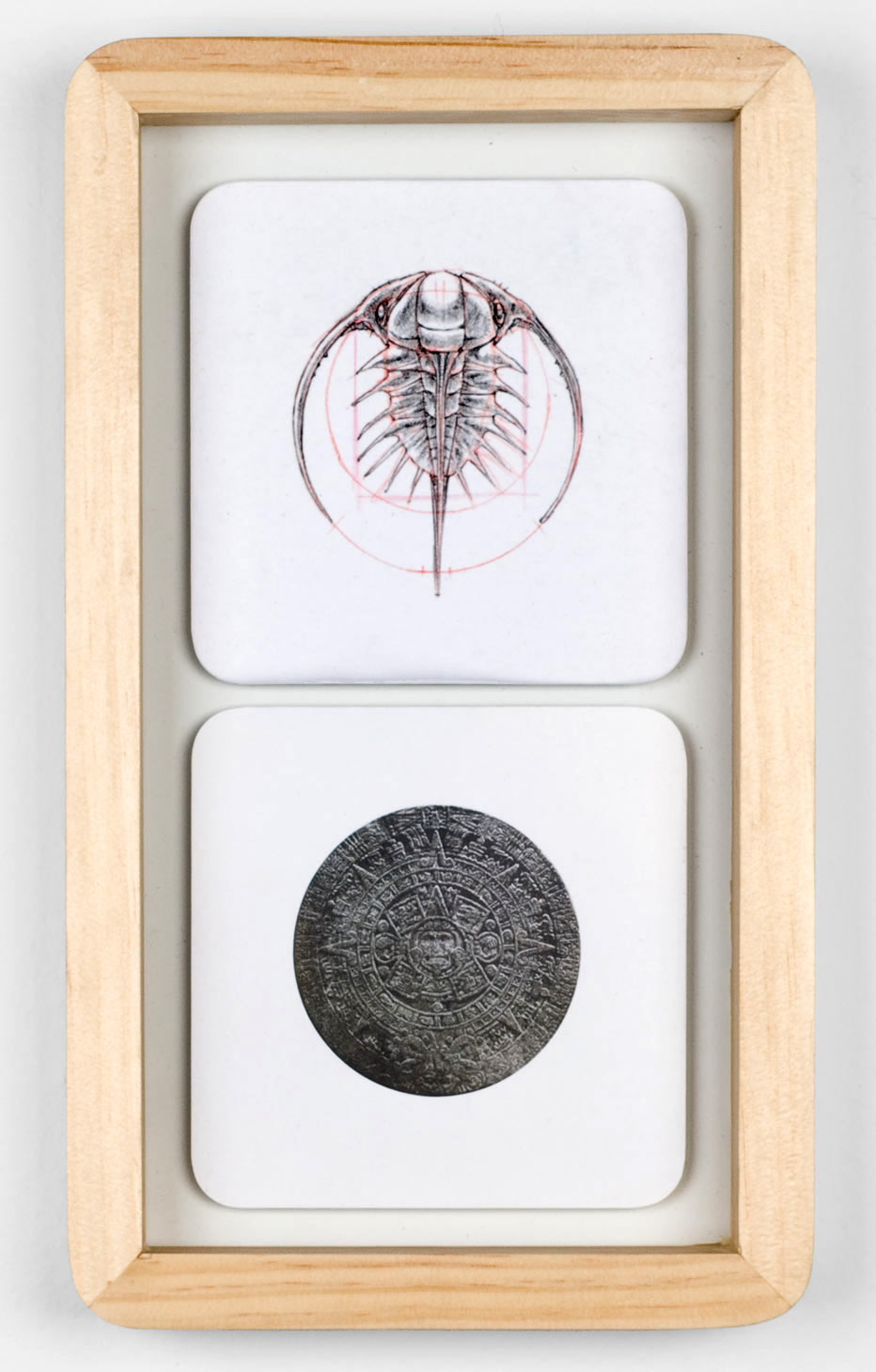 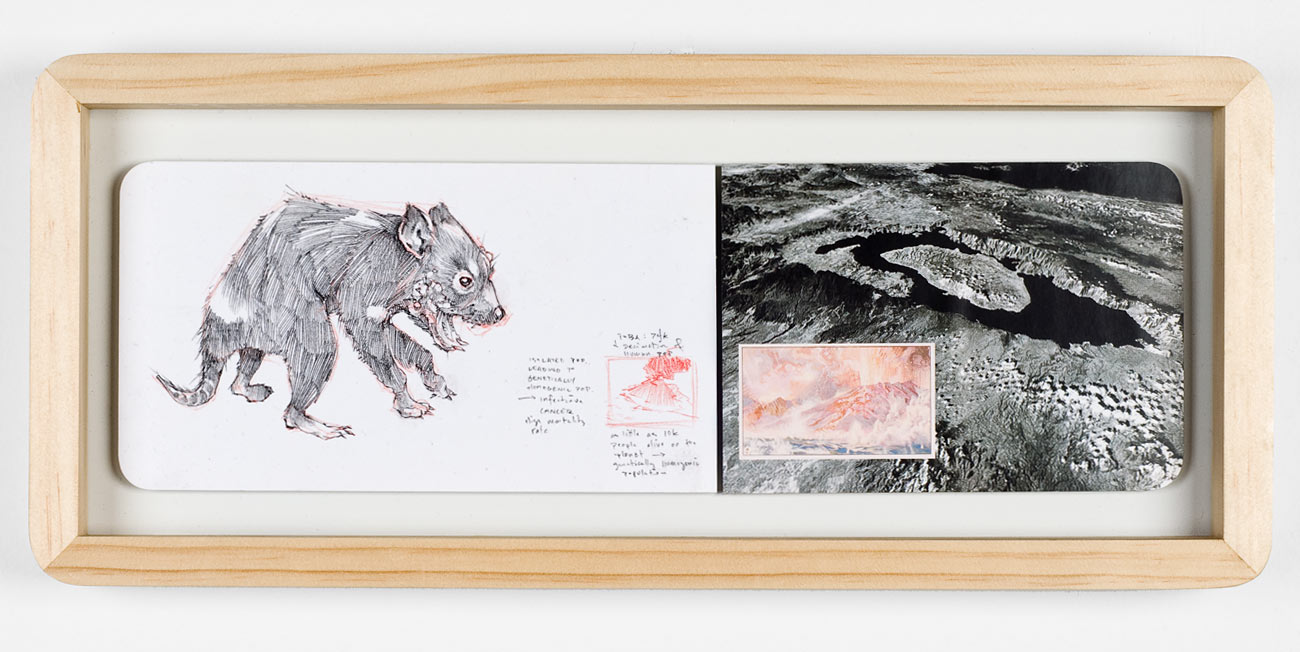 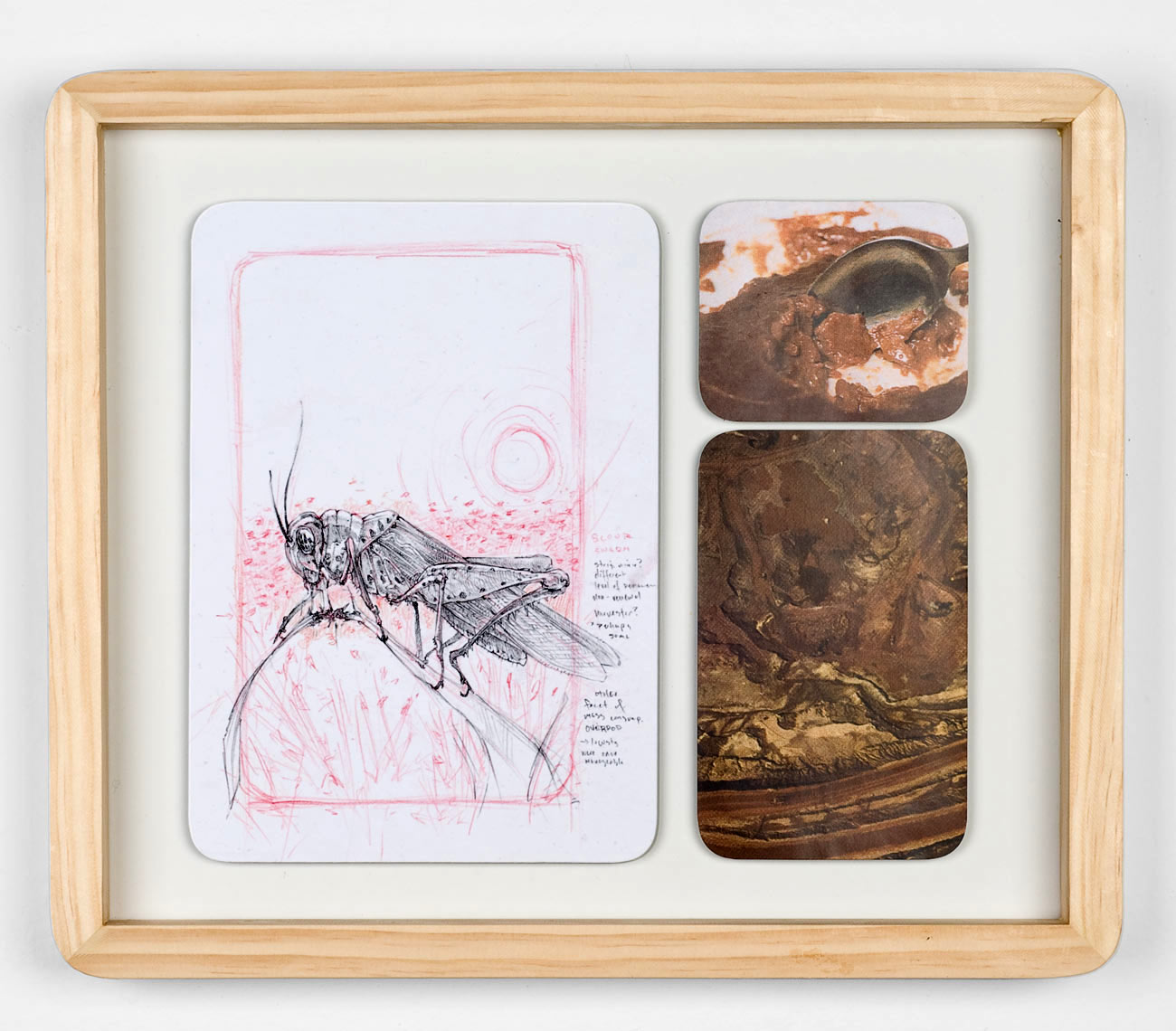 The insatiable, scouring power of the locust swarm still has the capacity to devastate regions by exhausting all available natural resources. 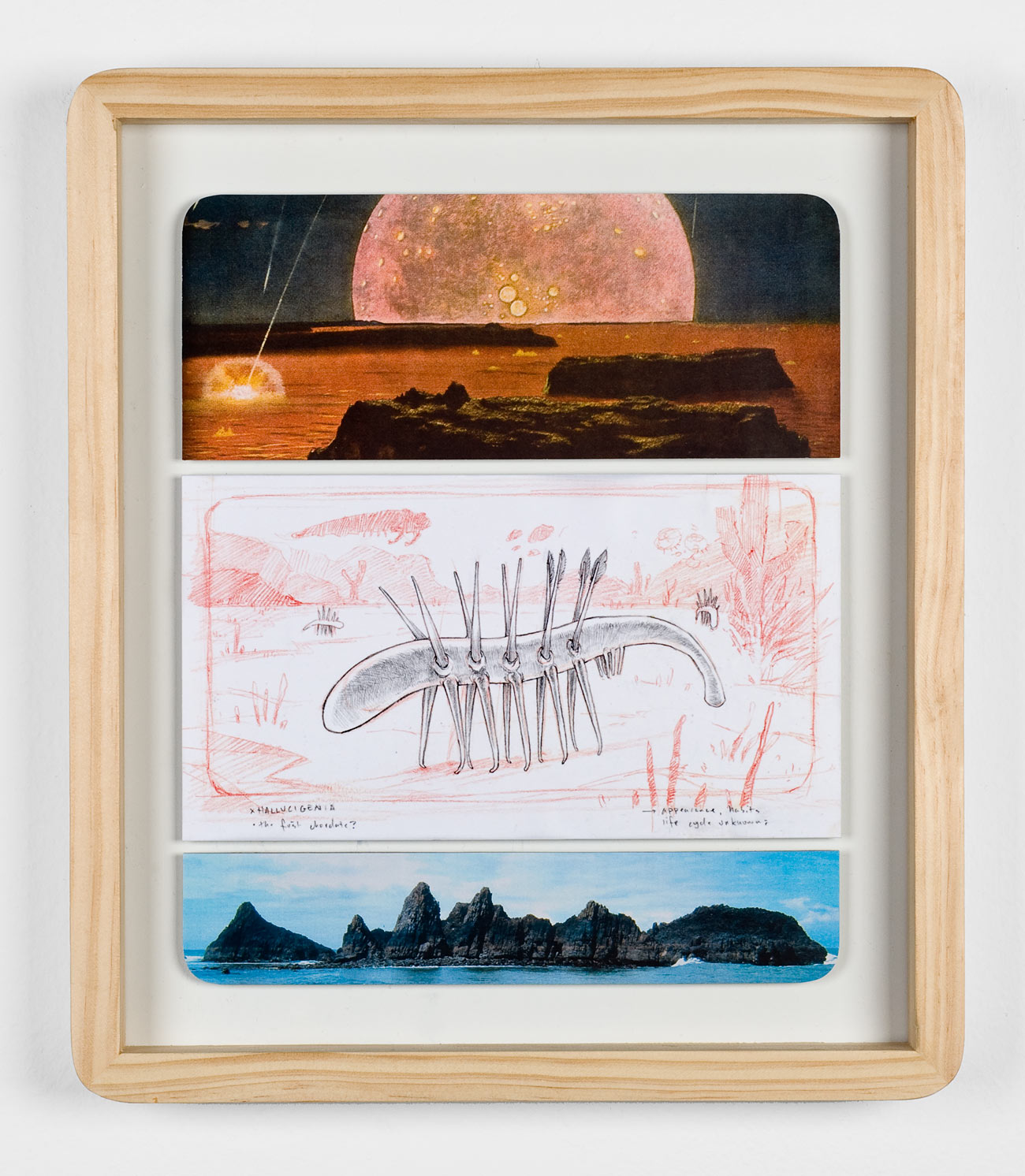 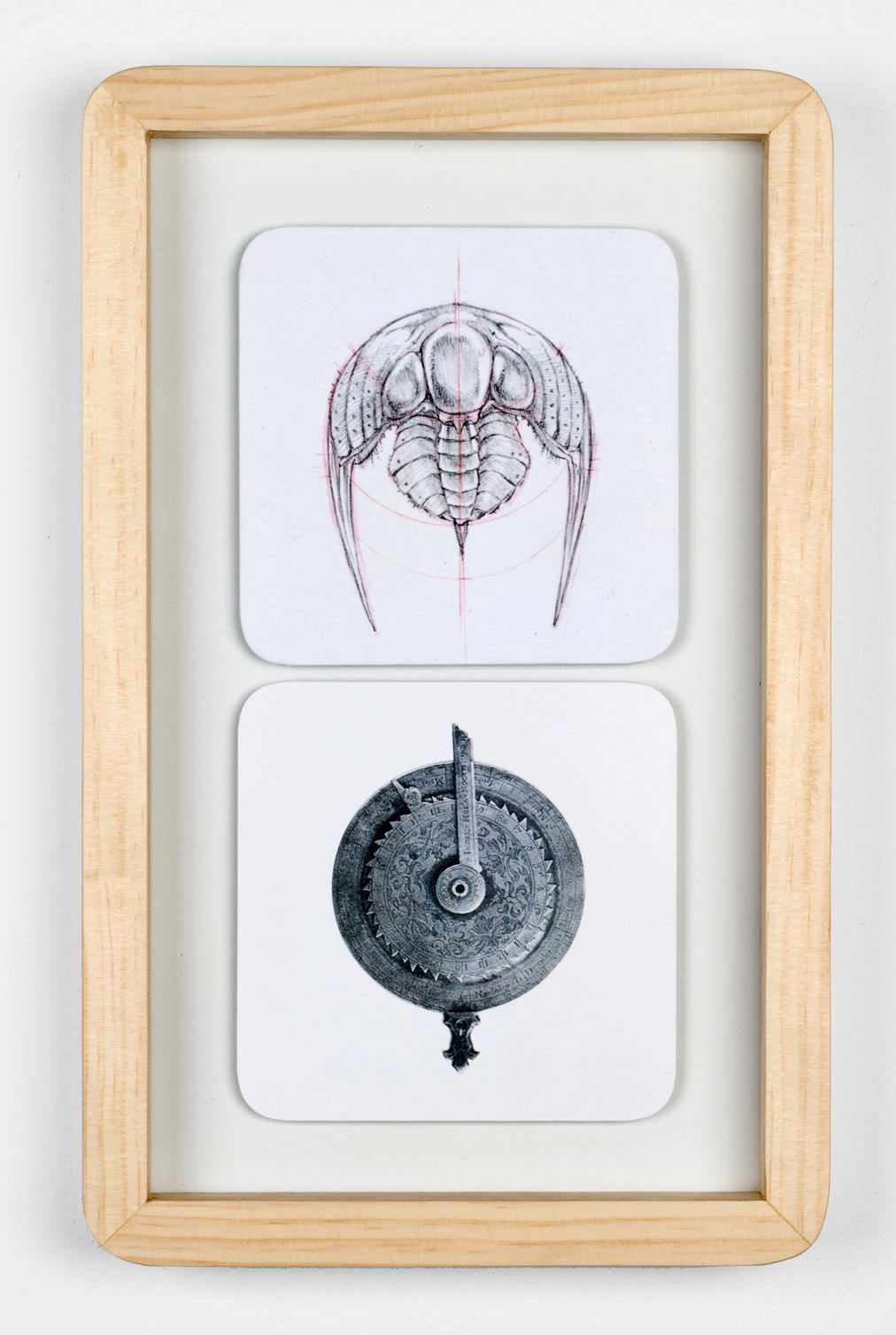 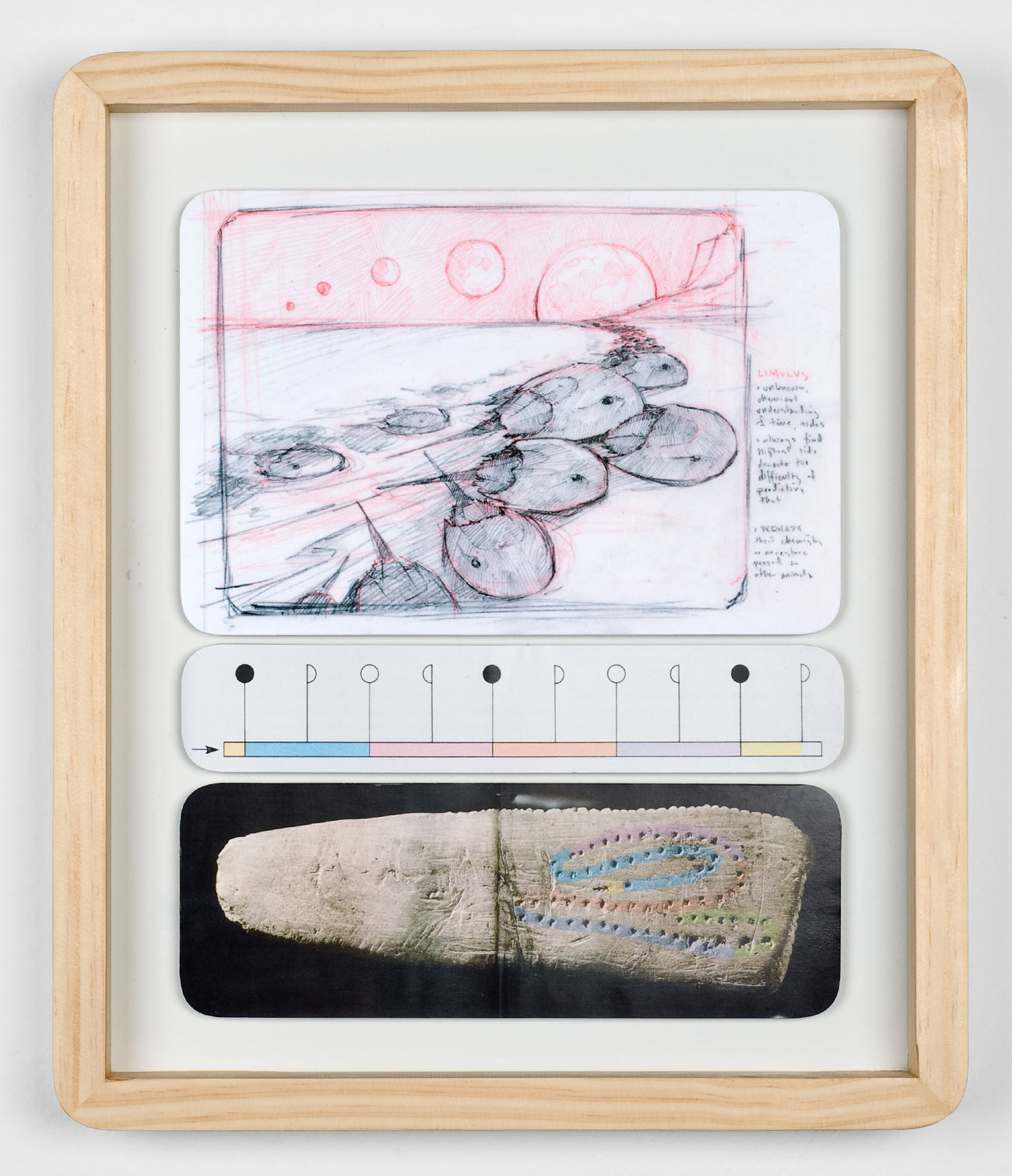 Limuli, by some unknown chemical means, understand the complex moon and tide cycles, allowing them to synchronize their beaching during mating season. 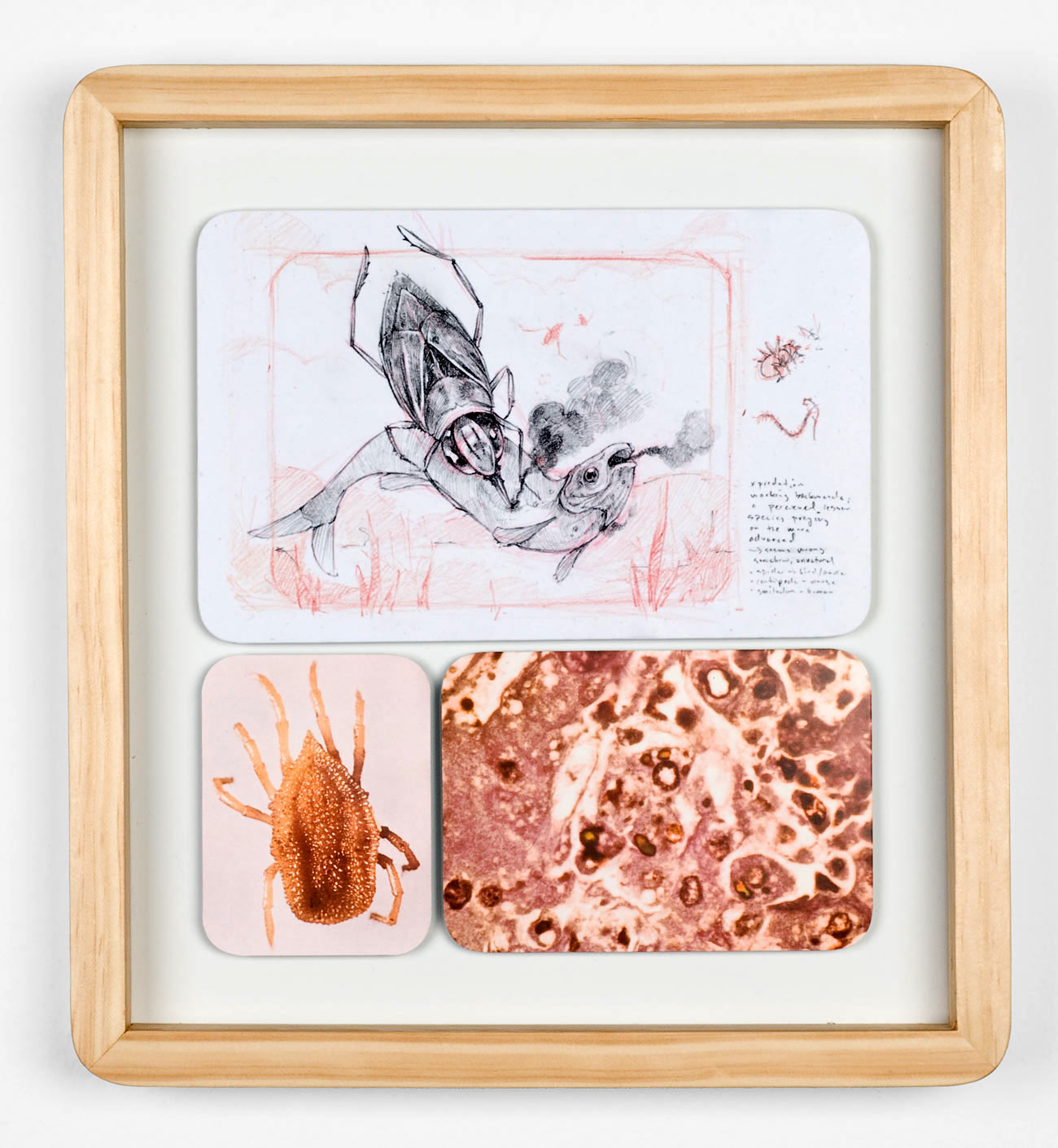 It's easy to think of food chains as dominated by complex, highly evolved organisms with more primitive creatures making up the lower rungs. In many cases, food chains flow in the opposite direction. 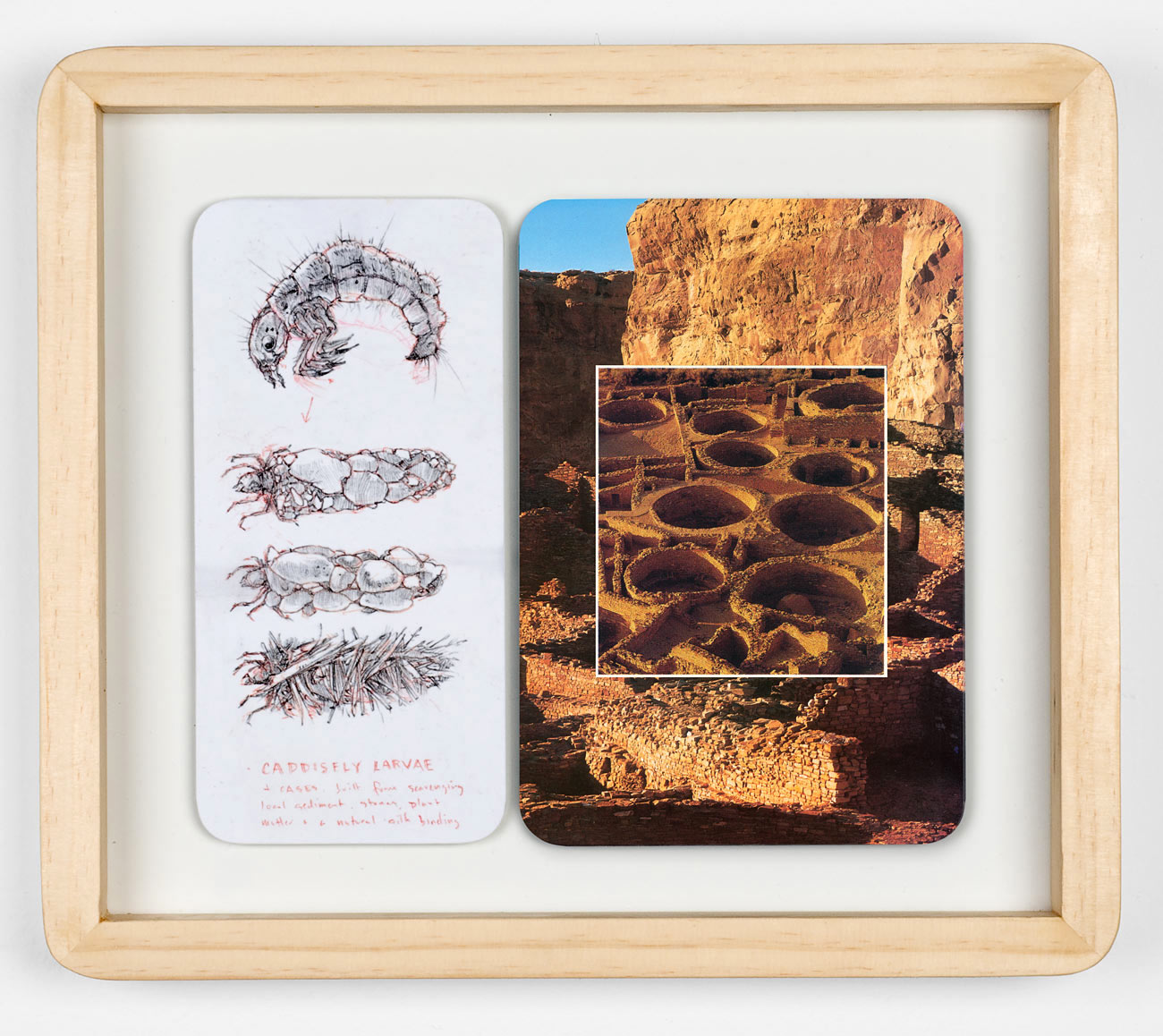 Caddisfly larvae build ornate shelters by gathering raw materials from their environment and cementing that material with a natural silk binding. 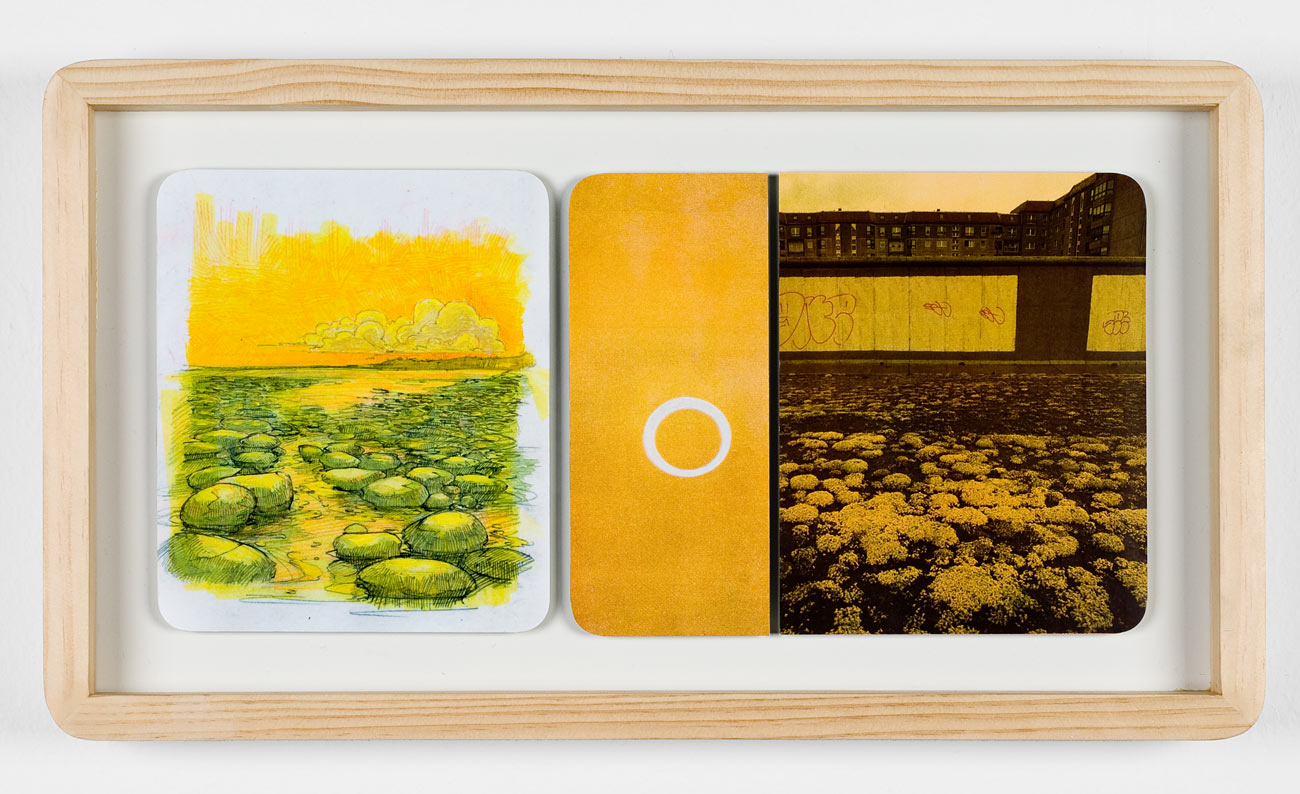 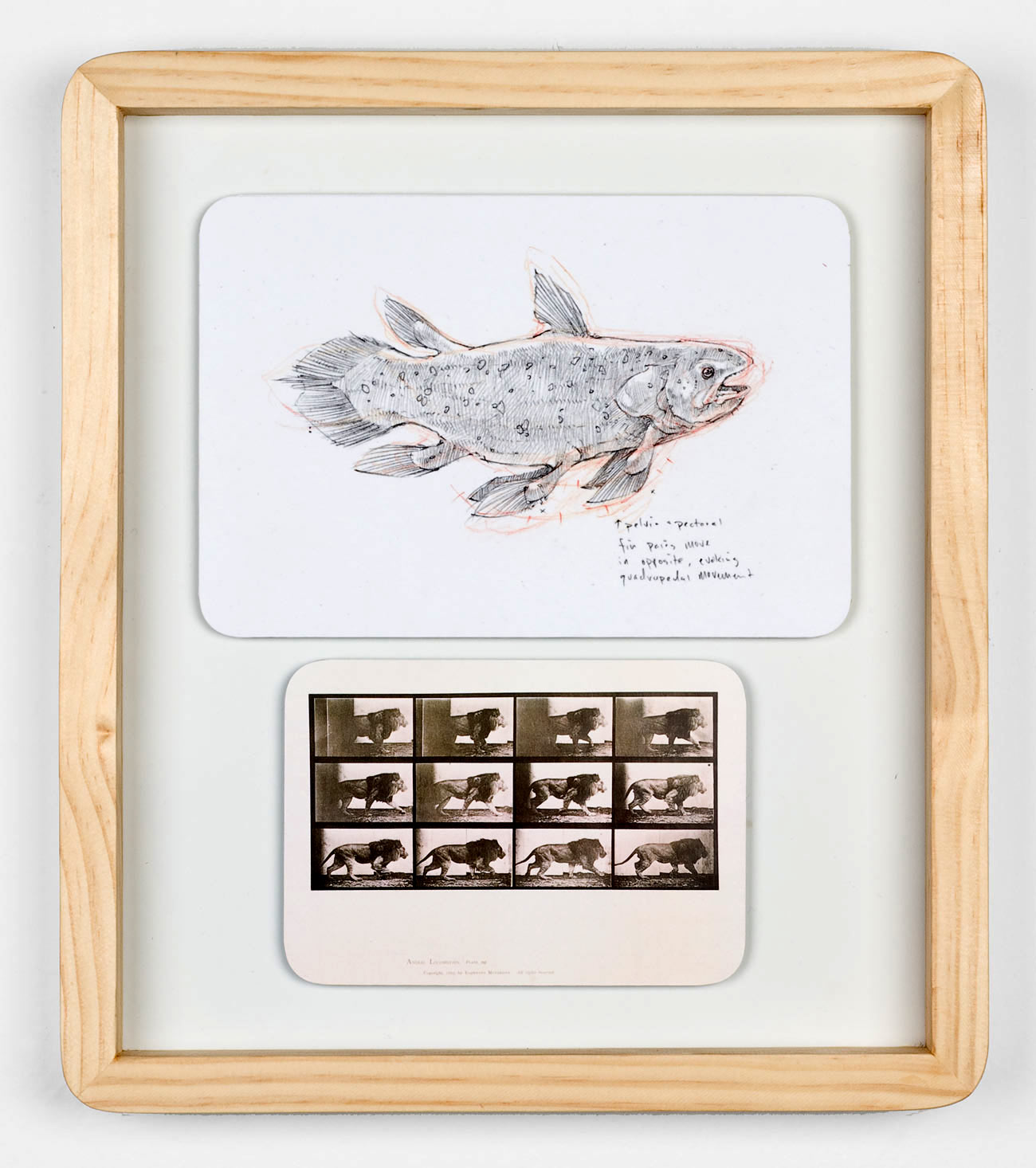 Coelacanth, a relative of the first fish to move onto land, has pectoral and pelvic fin pairs that move in opposite conjunction, mimicking the locomotion of a quadruped. 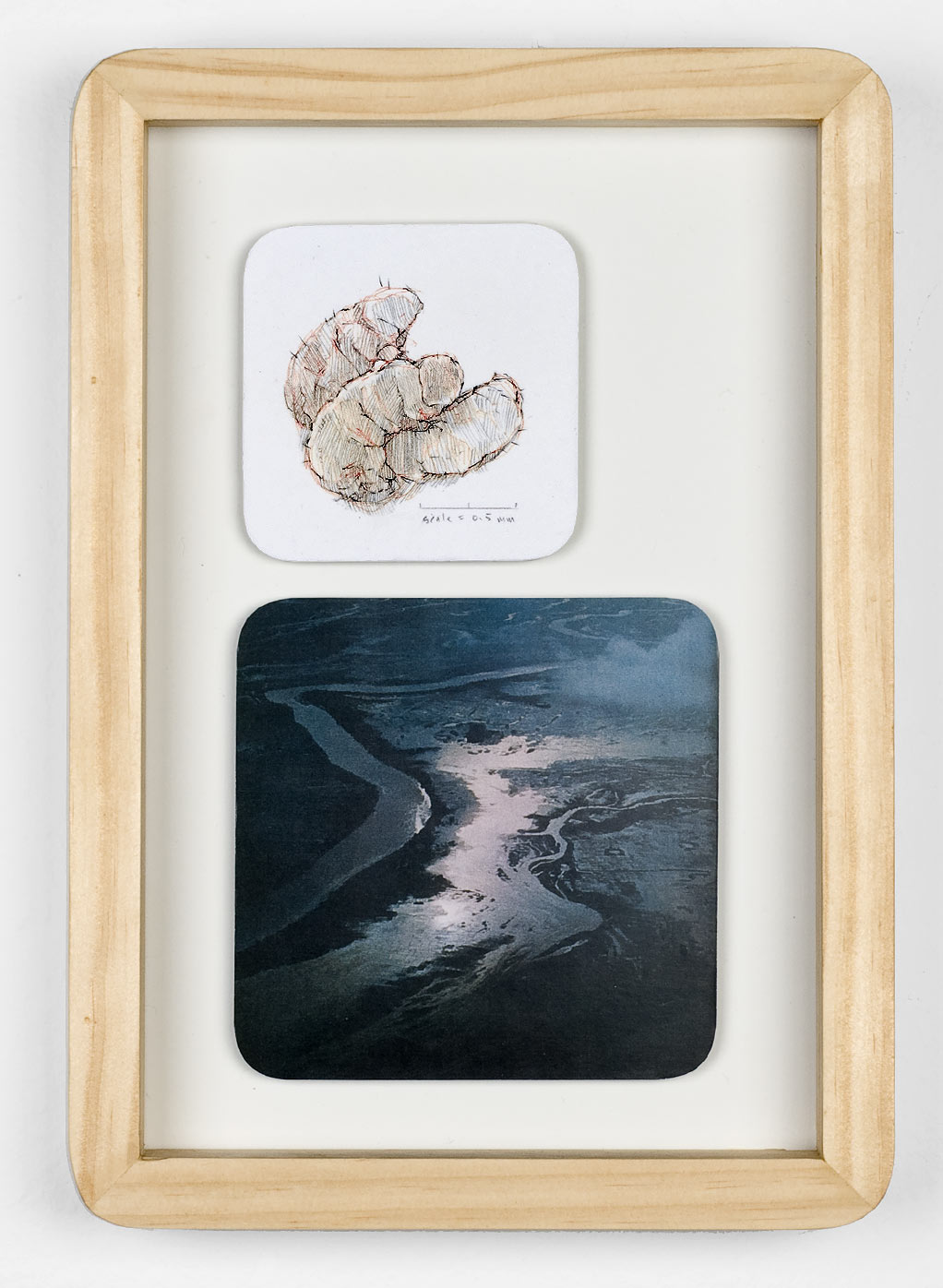